Your shopping cart is empty

Elif Sezen is an Australian-Turkish multidisciplinary visual artist, bilingual writer and poet. She recently received her PhD in Fine Art from Monash University (2014). She studied Painting in Dokuz Eylul University, Faculty of Fine Arts (2004); she obtained her M.A. in Sculpture from the same University (2007). Elif also holds a diploma in Art Therapy. She is interested in facilitating therapeutic art-making workshops in community settings. She lives and works in Melbourne.

Elif's multidisciplinary practice evolves through various media including painting, drawing, sculpture, photography, print media, installation, performance, digital media, artist's books and poetry. In her work she speculates upon reconceptualising memory traces emerging from familial/personal/collective trauma and loss. This explorative process leads her to rather a restorative and even a celebrative notion of self-construction, desire, longing and a sense of homecoming. 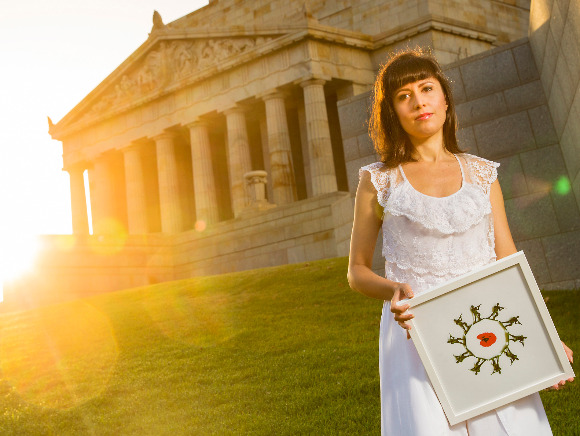 April-May 2015 – Elif was featured in Melbourne Magazine as a cover artist, by City of Melbourne: https://issuu.com/cityofmelbourne/docs/melbournemag_aprilmay15_issuu She was also interviewed by SYN Radio in April 2015 regarding the same interdisciplinary exhibition on Gallipoli: http://syn.org.au/interview-elif-sezen-on-gelibolu/

2015-2016 –Projection of Elif Sezen’s poem took place in the New Year’s Eve at Bracka Street, in the context of ‘Poems on the Walls’ project of e-multi poetry event, Cracow – Poland

2015- Gelibolu: A Turkish-Australian Perspective on Gallipoli, No Vacancy Gallery, Melbourne

2008- Out of Bounds: Art, Faith and Religiosity, An Interdisciplinary Event, Monash University, Melbourne